Amy has a box containing ordinary domino pieces but she does not think it is a complete set.

She has 24 dominoes in her box and there are 125 spots on them altogether.

Which of her domino pieces are missing? 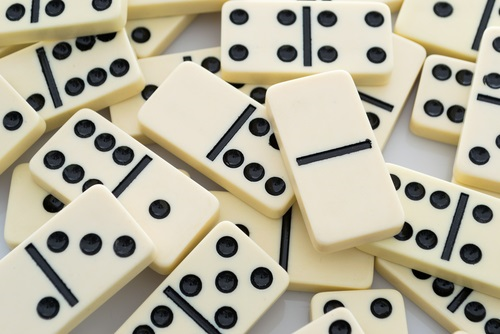 It told me that Amy had four dominoes missing.

I then added all the spots on the dominoes together and made a total of 168.

It told me that Amy was missing 43 spots.

I was looking for four dominoes that totalled 43 spots.

I began with the highest domino (6:6) because we had to get a high number (43) with a low number of dominoes.

Amy needs to look after her dominoes by putting them in a safer place!